The Insane and The Inane

If there's one thing about "improving" in MMOs --WoW included-- that annoys me more than anything else, it's the concept that everything has to be perfect for you to be any good. You have to have the right spec, the right enchants, the right gems, etc. if you want to be taken seriously.

This has reached its absurd conclusion in the botting "community" when accounts were created, boosted to L58 containing the exact same "optimized" spec and boosted gear, and then sent forward into a TBC instance (Slave Pens or Hellfire Ramparts).

At times like this, my enthusiasm for having talent trees to play with plummets to just about zero. If you're expected to have the same theorycrafted set of talents, then why bother have talent trees at all? Which is why Blizz eventually blew them up entirely in Cataclysm.

But to be fair, I'm not sure why they didn't blow up gems and enchanting as well.

Back in Wrath, any Ret Paladin worth their salt would use Strength gems on all of their slots, no matter what bonus you were giving up. It was simply expected that you would do this, ignoring anything that Blizz came up with for gem slots. The same thing would happen with enchants: Hit Cap first, then Strength, then Attack Power, then other stuff.

Well, this is also very much a thing in TBC Classic.

As I alluded to a couple of posts ago, my DPS was called into question and it was suggested that I go contact the person on the other raid team who is doing fantastic DPS. I wasn't able to get in touch with him, but I did go into the raid logs and discovered three things: he was totem twisting, he was using a different spec than me (he went with Enhance with a concentration in Resto whereas I went with a concentration in Elemental), and there was a significant gear differential.

Guess which one is the biggest reason why my DPS sucked?

Yes, lousy gear was the culprit.

How do I know this? I respecced into Enhance + Resto and began totem twisting, and my DPS actually went DOWN. Which makes perfect sense, given all the time I spent on throwing down totems versus actually hitting the enemies in Serpentshrine Cavern.

But it still does drive me nuts, given that outside of some off-heal drops that all occurred very early in my Karazhan career, my Enhance Shaman drops have been few and far between.

"How's your gear?" someone asked me about 3 weeks ago.

"Still the same mix of blue and purple gear."

"Well, where do we need to go to get some gear for you?'

"Some drops from Gruul/Mags and Karazhan. I'm not gonna chain run Mana Tombs fifty times for one totem or Auchenai Crypts for an Off-hand."

I was thinking about all this when I started hearing rumblings about adding gems and enchanting your gear to get them up to snuff for SSC.

I have blue gear, and I wasn't planning on doing more than adding some pretty cheap gems, and maybe pre TBC enchants, just to get some people to shut up. There's no reason for me to bust my ass to get high end gems and enchants for something that ought to be replaced. While lip service is paid to that, the sweaty push toward doing all the things perfectly continues.

And more people are leaving.

You know that Enhancement Shaman from the other raid team I was to talk to about his DPS? He burned out and quit. Two others on our raid team quit as well, citing real life issues. On the flip side, we have others on our one day raid team who want to leave for the two day raid team, because they believe that we won't see all the content with one day's worth of progression.

To be frank, I'm amazed our raid team is still hanging in there, given all of the pressures on it.

The saddest part about all of this is because I'm privy to information I can't discuss with my friends/raiders, so I have to keep a lot of things that bother me to myself. And my wife doesn't understand, because she doesn't play MMOs. So I soldier on, just feeling grumpy. 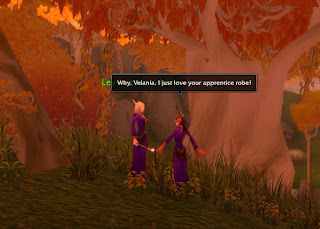 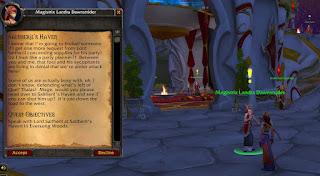 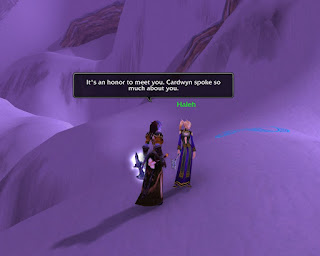 It's those little things that I enjoy. I need to find more of them.