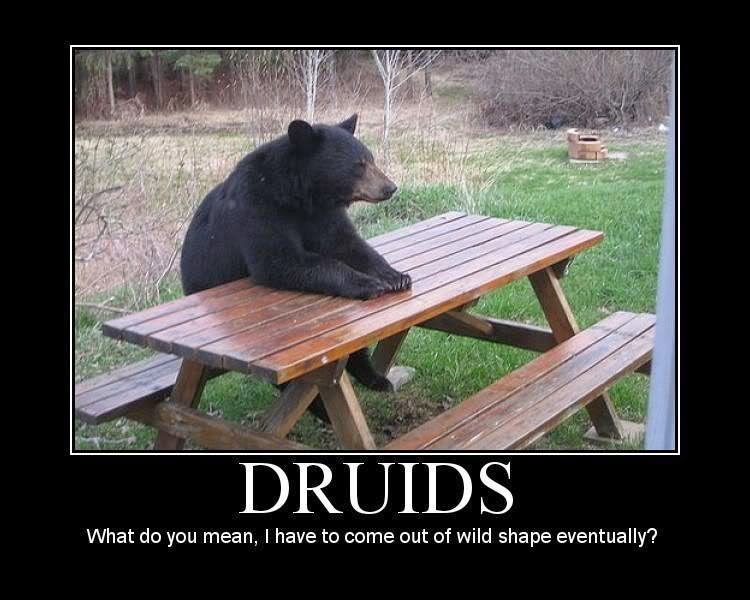 Okay, I laughed. For some reason I thought of the tons of Kitties I've seen over the years in Warsong Gulch.
Posted by Redbeard at 3:56 PM No comments:

A Return to Normalcy: More Pugging in SWTOR

It definitely felt weird looking at the large block of free time the other night* and thinking to myself "I could actually run more a couple of flashpoints tonight!"

I've been playing that Jedi Shadow I'd originally started on Red Eclipse (pre-merge) and is now on Darth Malgus (post merge), and since she is at the end of Chapter 1 I figured she's at the perfect point to run some low-mid level flashpoints.**, so I queued up for several and got in without much fuss.

You have to understand that when the following is the case:


that typically I'd have to wait about 15-30 minutes before something popped. However, I got into a flashpoint within 5 minutes at the most. I should know, because I figured I could get some chores done while waiting but I nearly got caught missing the flashpoints because I was AFK when they popped.

But really, that was the worst thing that happened through the entire evening.

The flashpoints were quick, clean, and even the "all DPS" flashpoint (Athiss) was easily handled by my team. I'll freely admit that while I requested DPS, I geared as a tank, because in an all-DPS flashpoint you're going to potentially be called upon to be either a tank or a healer in a moment's notice. Besides, I had enough tanking gear in my inventory courtesy of previous flashpoint runs, so I was covered just enough to not feel like a noob wearing PvE gear into a Battleground.***

While the lack of drama and wipes were the best part of the evening, I found myself in several flashpoints with a couple of the same people. I wasn't so thrilled about one (who kept saying "whatever, bb" when someone would say something to her), but the other was a really good DPS and pinch healer Smuggler. When we were down to just two of us on the last boss of one of the Hammer Station runs, she took out the last boss pretty much by herself while I "tanked".****

I'd have to go back to Wrath era WoW, when I used to get up at 6 AM to play for an hour before getting the (then) little mini-Reds ready for elementary school or preschool, to when I got to know most of the regular instance runners on a server. It was oddly comforting, knowing that the same people who worked so well together were still around, running the same instances. Perhaps it is better to think of the early morning crew as essentially a mini-guild, held together by the common goal of getting an instance completed.

I never got that sense of camaraderie when I ran BGs in WoW, because a) I no longer logged in early in the mornings, b) there were the server don't-call-them mergers that brought a larger pool of players together than before, and c) in the 40x40 BGs that I preferred the fights were so big that you rarely got the chance to know people to the same degree. I wondered once whether the 40-man BGs approached the scale of fight that you had in the old 40-man raids, but I concluded that wasn't the case because you could kind of putz around in  Mists-era Alterac Valley and not be missed at all, but everybody (and I do mean everybody) had a role to play in AQ40; people noticed if you weren't pulling your own weight.

Still, it's nice to find some regulars to run with from time to time. I'm not planning on joining a guild, since my free time is pretty imaginary most days, but it's nice to have that guild-esque feel to some in-game activity.

Without all the drama.

*Courtesy of the Olympics, my wife was glued to the television and let me have free rein of the desktop.

**With the leveling adjustments done in flashpoints these days, the concept of low-mid level range flashpoints doesn't exist. However, I'll always think of the Hammer Station through the Boarding Party / Maelstrom Prison (and Imp equivalent) level flashpoints as low-mid level.

***If you've ever been in that situation, you understand. Personally, that's why I would run the WoW 40-man BGs until I got a reasonable amount of PvP gear, because one person isn't typically going to make a difference in a 40-man run of Alterac Valley. Typically, anyway.

****There was only so much damage mitigation you can do when you're specced DPS as a Jedi Shadow, and I was tanking pretty much from the beginning of the fight when the "tank" died early in the fight before one of us could reach the healing station. I died with just a 1/8 of the boss' health remaining, and the Smuggler was able to take out that last bit before the next round of adds spawned.

Posted by Redbeard at 1:21 AM No comments:

And People Wonder Why MicroTransactions are a Thing

In Polygon's article on the 9th about Activision Blizzard's record breaking annual profits from 2016, three things stood out:


Activision Blizzard pretty much confirmed that Overwatch is now Blizzard's cash cow, and will likely get the lion's share of development going forward.

However, these lines from the Polygon article really caught my attention:

Games like Overwatch and World of Warcraft, along with the Call of Duty franchise, played a big part in raising Activision Blizzard’s digital revenue for the year. The company said that it pulled in a record $3.6 billion of revenue from in-game content, up 125 percent year-over-year (excluding King, the figure was still up 30 percent). That includes sales of items such as Overwatch loot boxes, Call of Duty supply drops and World of Warcraft pets.

Think about it. Activision Blizzard pulled down $3.6 BILLION from the "despised" in-game content such as loot boxes.

Is there really any surprise that everybody else is doing it?

Sure, legislatures are trying to restrict these loot boxes*, but Activision Blizzard isn't about to let that sort of pure profit vanish without a fight. And neither will EA or a lot of other, smaller companies that rely upon look boxes and cash stores to prop up their bottom lines. (Such as a TON of MMOs, not to mention social media centric games.)

Right now, if I were a betting man, I'd say that there will be a big kerfuffle by legislatures, but in the end nothing will get done. There's too much money on the side of the game companies (and investors) for any potential restrictions to last without immense political will. I wish that weren't the case, but I think loot boxes are here to stay until people stop buying them. And good luck with that, I suppose.

*Thanks to Syl for the article from the state of Hawaii's own attempts at the same.

I've been in Cademimu more than enough times over the years. While it's not my favorite SWTOR flashpoint, it makes for a nice urban setting and a pretty straightforward grind.

Cademimu is one of those flashpoints that lend itself to some judicious speed running as well.

If you know the drill, speed running past the group just after the second boss saves you a bit of needless fighting, and if you've the right skill you can hack a shuttle to bypass a lot of the trash leading up to that second boss. You can also bypass a ton of trash right before the bar scene early if you choose the right path through the trash.*

But what I wasn't prepared for was that final stretch of trash leading up to the final boss being speed run.

In retrospect it makes sense: you run all the way to the end boss location, wait for the trash to drop aggro, then you double back to pick off the few enemies on the way to Light Side/Dark Side choice location. But still, I wasn't equipped with any extra speed boosts** so I kept lagging behind the rest of the group, with the trash nipping at my heels. No, I didn't die from the trash (came close, however) but it felt disconcertingly like some speed runs in WoW's Halls of Lightning I've been involved with.

If this was what a Cademimu run is like these days, I have to wonder what Taral V and Maelstrom Prison are like.


*One of our team --not me-- accidentally aggroed a bunch of trash when running through that section, and we had to double back to fight them off before one of the droids showed up. Yes, for the record, we were running four DPS, so if even one of us were healing or tanking this would have been much easier. I might need to dust off my healing capabilities and see if I can start doing that again. Not sure if I want the stress that comes with healing, however.

**Outside of the temporary speed boosts that Inquisitors/Councillors have, that is.
Posted by Redbeard at 4:48 AM 2 comments:

Just What is This Thing Called "Free Time" Anyway?


My inability to finish an RPG/MMORPG has, once again, reared its head.

I got my party to the city of Baldur's Gate and acquired a few quests --both with timers-- and I realized that I'd likely have to block out a few hours to take care of some of these items. Sure, I could just save and walk away, but have you tried putting down a good page turner of a book at nighttime?*

So, once again I backed off and said "okay, when I get that sort of free time without any commitments, I'll take BG up again".

Judging by my schedule, I think I might get that sort of free time without much in the way of interruptions by sometime in late March. No, I'm not being facetious either; it's just that busy with two kids actively involved in high school --and one beginning his university visits-- and both parents working.

They say acknowledging you have a problem is the first step to treating it, but it doesn't help that I want to finish these games to find out how they end.**


And it's not like I can't finish any game at all, because I regularly play Civ and Civ-esque titles to completion. Those games, however, have one critical difference: I can walk away and save without getting so sucked in that I forget everything else. Plus, unlike an MMO they can just sit there in the background while I do other tasks around the house. Perhaps it's because I've cut my MMO teeth on a PvP server, but I've experienced way too many times of me going away, taking care of something or other for 15 minutes, only to find that I've been ganked while parked somewhere in the Arathi Highlands.***

But that's okay. If that's the worst quirk that I've got --stepping in before a self destructive urge takes over-- I'm in pretty good shape. Besides, it's not like I'm twiddling my thumbs with nothing to do.


*Back in the day, when Robert Jordan's Lord of Chaos was released, I spent the entire Saturday after acquiring the novel reading it. I finished sometime on Sunday --no small feat for a Robert Jordan novel of 720 pages hardcover-- and only then did I realize that I not only missed sleep I also missed eating anything.

**Okay, I know how BG ends, but the sentiment is the same. And this sentiment also extends to my to be read pile.

***Flying is a godsend for the MMO player who has to take a break. As is stealth. Neither prevent some determined enemy from trying to gank you --one L80 Rogue tried to gank L63 Quintalan while I was flying by dropping mount and attempting to kill me while falling-- but it's much much harder.

Posted by Redbeard at 9:24 AM No comments: