Guess what popped into my INBOX this afternoon:

No, I did not request a beta key.

Really, I didn't request one.

And since I'm playing my way through from Vanilla ESO through Summerset, I certainly wasn't expecting to get to Elsweyr any time soon.

My guess is that they pulled my account out of a hat for a random key giveaway, because specifically targeting me would be an epic fail on their belief of the reach of this blog.

If anything, I was debating about taking a few extra dollars and purchasing some of the DLCs --or at least comparing the cost of purchasing DLCs versus an ESO Plus membership-- rather than jumping into Elsweyr. After all, it'd be nice to get a bit more backstory on some of the places in the DLC*.

However, I think I can swing this. I can stick to some of the non-story specific places, such as Delves and whatnot, without actually playing through the story and spoiling the expac for me. But for the record (and in a non-spoilery fashion), I'd dearly love to allow my character interactions to punch Tharn right in the face, in much the same way the Smuggler in SWTOR gets an opportunity to slug Guss Tuno in the kisser.

*I also would like to know how Cyrodilic Collections fared in Murkmire.
Posted by Redbeard at 12:10 AM 2 comments:

I was perusing some of the old Blogs in Mothballs this evening and discovered that I Sheep Things has finally vanished into the ether.

For the longest time, I Sheep Things was the domain of Rhii, although she was only one half of the blogging team. I remember her constant updates throughout WoW's Wrath heyday, and her can-do attitude was infectious. But I also recall her despair when, as Cataclysm approached, that her guild leaders decided to abandon their guild and go and hitch a ride on another guild's ICC runs to finally take down Arthas before the expac ended. She felt they were so close to beating Arthas that the guild leaders' behavior was a betrayal of the highest order.

I could only feel for her, because I wasn't a raider, but she always felt like that enthusiastic kid sister I never had and I wished I could have done something to help her out.

Not too long after that, real life began to intrude on her gaming and blogging, and she soon dropped out of sight to leave a gigantic hole in the WoW blogging community.

Aurdon, the sole remaining member of I Sheep Things, rarely posted, and compared to Rhii's manic output was practically non-existent. However, he decided to revamp the blog a bit and focus instead on non-MMO games, because he'd stopped playing MMOs a while ago. But I guess that he decided to eventually give up the domain for I Sheep Things, and now that piece of MMO Blogging history has gone to join Righteous Orbs and other blogs of that era.

At times like this, I get a bit pensive and wonder why we keep PC running when other bloggers have come and gone.

To be honest, I don't have a driving need to write my thoughts about gaming down, and at the same time I can't really give it up. We don't have a large following; in fact, our likely largest following was when I wrote the old Two Sides to a Coin posts back in 2011 that was promoted by WoW Insider (now Blizzard Watch) as one of their blog posts they liked. And as you may have guessed, I'm not enamored of some of the things that drive the current crop of Influencers in social media.*

I guess you could say that I just like blogging. It fills some hole in my psyche that I can't explain, and I feel kind of bad when I don't get a chance to pound out a blog entry at least once a week.

But I do also miss all of those who were here before PC, and those who welcomed our little blog with open arms into the wider WoW blogger community.


*Come on; someone on the far end of the 40s isn't exactly Influencer material. When your wife gets invitations to join AARP in the mail, you know that your life is about to change.
Posted by Redbeard at 1:03 AM 2 comments: 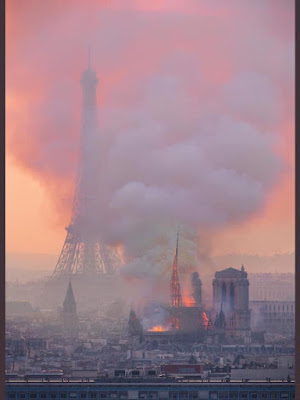 Posted by Redbeard at 1:54 PM No comments:

Better Than I Hoped For

I've been behind on my writing (work plus the final round of mini-Red #2's college visits plus taxes), so here's a little tidbit to throw out there:

A New Expac, Onslaught, is coming to Star Wars: The Old Republic

That actually gives me some hope for the long term health of the game, because I was afraid EA would shut down BioWare after Anthem. But maybe EA and BioWare will figure a few things out, like letting BioWare people with experience running online MMO-esque games work on the content of Anthem for a change.

This is the New Normal

As usual Jason Schreier does a fantastic job of digging in and examining what went wrong with Anthem in a piece on Kotaku.

TL;DR: these sort of disasters are starting to demonstrate somewhat similar underpinnings:


I could go on, but you've got the idea. After Fallout 76 and Anthem, and the associated Bungie divorce, the major development houses aren't exactly in the good graces of gamers. But here's the thing: if gamers think that they have a say in how the dev houses are run, unfortunately they don't. The major dev houses make a lot of money on games that the hardcore gamer likely turns their nose up at: the annual Madden or FIFA releases, the latest Call of Duty iteration, or the tons of mobile games. The big dev houses don't cater to the hardcore gamer, but rather the investor first and then the type of gamer that Gevlon would call the "morons and slackers". Sure, it doesn't have to be this way, but it's only when the investors start to get antsy will things change with the major dev houses.

And frequently, those changes are not for the better.
Posted by Redbeard at 11:06 PM No comments: