If I Could Jump Like That, I'd be in the Olympics

Origin has had another of those classic free games available that fell under the "yeah, I've kind of wanted to check this out" header: Jade Empire.

Thankfully, this 2005 release will run on modern widescreen monitors --even though the cutscenes are all 480i-- so it doesn't seem too out of date.

Yes, the old Bioware engine is a bit ancient compared to today's software, but the story is all there. And yes, it is a really good story.

After having played MMOs for so long, reacquainting myself with the "Save" feature was a bit of a shock. As well as dying on the second or third fight.*

Unlike its Bioware predecessors, Baldur's Gate 1 and 2, Jade Empire is made for the console controller first and the keyboard second. It has that Neverwinter design of using keys to move around and the mouse buttons to shoot, and after a couple of days my knuckles have begun aching. I think I'm going to have to break down and get a replacement XBox 360 wireless controller unit for the main PC, as the old one simply stopped working about 3-4 months ago.

Aside from those quirks, Jade Empire is shaping up to be a satisfying RPG.

I do wonder how Jade Empire would look if it were updated graphically to match the modern designs, however.

The reason why I bring up Jade Empire is that it's another property that makes me wonder how it'd work as an open world MMO.

Of the current AAA designs, the only one that has an explicit Wuxia connection of any sort is WoW's Pandaria expansion. I don't count Final Fantasy XIV, which is high fantasy (mixed with some steampunk), and I never played the Age of Conan expansion into Khitan. Other JRPG-influenced MMOs, such as Aion, don't cross into Wuxia territory.

There are some martial arts MMOs out there, such as Swordman and Age of Wushu, but neither command the level of interest that even SWTOR or LOTRO have. There was also 9Dragons, but it is shutting down in February 2016.

Still, it seems very odd that a genre that people are very familiar with, courtesy of Asian martial arts movies, the occasional breakout film**, and the numerous martial arts fighting video games, is underrepresented in MMO space.

Apparently Splatoon's Squid Sisters, Callie and Marie, have been branching out beyond providing the "news" when you login to Splatoon. To wit: they held their own Vocaloid concert recently, and there is a YouTube video of the event.

No, really. Apparently these Vocaloid concerts are a thing in Japan.

*I also reacquainted myself with some more esoteric language in my vocabulary.

**Like Crouching Tiger, Hidden Dragon. Or even the Kung Fu Panda trilogy.

When you shall these unlucky deeds relate,
Speak of me as I am; nothing extenuate,
Nor set down aught in malice. Then must you speak
Of one that loved not wisely but too well;
--Othello, from Othello, Act V

I've learned to not become that emotionally invested in RPG characters the hard way.

You know, by having your heart (metaphorically) ripped out and stomped on by events beyond your control.

My old WoW Mage, Nevelanthana, got her name from a D&D character I played in my current D&D 3.0 campaign. She was a bookish type, a scholar who didn't suffer fools, and for a while our only spellcaster. But she'd met her end when a group of harpies ambushed our group, mind controlled another player, and he attacked Neve. The player proceeded to roll three 20's in a row, resulting in instant death by decapitation.*

After finally getting a Wizard for our campaign, she was effectively one-shot.

While I couldn't control that game**, I allowed Neve to live on as a Sindorei Mage in WoW.

She got to max level in the Cataclysm expansion as a Frost Mage, and in my own mind I envisioned her as the younger sister to Quintalan, my first character I leveled with back in Wrath.

As this was an MMO, Neve died numerous times while leveling, and with MMOs you just learn to accept character death as part of the game. Sure, games such as Baldur's Gate or Jade Empire have a "you die the game is over" situation, but there's always the save file to recover from. The game is just that, a game and not a novel, and I've learned through countless slogs that you can't become that emotionally invested in your main character.

So I was shocked when I found myself becoming invested in the latest SWTOR expansion, Knights of the Fallen Empire.

I'm not going to reveal any spoilers, and there are a few surprises in the main storyline, but for me, seeing this for the first time in a cutscene got me surprisingly emotional:

My comment above pretty much sums it up: We're home.

The starship provided a true first home to you, and reaching the end of the first wave of KotFE Chapters and getting your starship back was such an incredible feeling. You may have lost everything else, but getting back your old starship gives you a grounding that you never knew you needed.

I don't know where the supporting cast found it, and right now I don't care. My starship is back, and I can breathe once more.

Who knew that I could learn to love again?

*I still can't believe he rolled like that, but what really got my goat was that he then proceeded to giggle insanely, while the rest of us were just stunned. This particular player doesn't play in our game group anymore, and I can't say I'm sorry to see him go. To this day, I still think he was just looking to sow chaos and to want to "do" as many female NPCs as he could find.

**This being D&D, after a few years of her being a ghost and doing whatever it is that ghosts do, she was recently given a new lease on life by the rest of the party, who had to travel into (effectively) the Underworld to barter with a Priest of the Dead to bring her back.


EtA: Edited the second last line to avoid saying "again" at the end of two sentences in a row. Things like that irk me.
Posted by Redbeard at 10:27 AM 2 comments:

I Was Afraid of This

Last evening, I finally decided to take my Inquisitor into the Knights of the Fallen Empire expansion for SWTOR.

For just an hour or two, you know.


After playing for what seemed just a little bit of time, I looked up and realized it was 5 AM.

And the worst part? I wasn't even tired.

They cover the "how on earth you end up in 5 years in the future" fairly well, and that led to a classic Star Wars-esque getaway. Even then, the first several chapters felt like they flew by.

I'm not going to review the expac, because I don't want to keep saying "I can't talk about this because of spoilers!" But I will say that the pacing is great, and the gameplay + story sucks you right in.

As I've remarked before, I've a great tendency to play light side characters. However, due to the events in the first chapter, I've got more balanced in my outlook. Even so, I expect that over time I'll likely skew light side anyway, but the events in that first chapter were too fresh in my mind for me to not go dark on a couple of occasions.

It was kind of odd, however, seeing companions from other classes showing up in my Inquisitor's story. Yes, I'm fully aware how the story works in KotFE, but there's a huge difference between knowing that it happens and actually seeing it happen.

Until I played SWTOR, my experience with Bioware has been limited to Baldur's Gate 1 and 2, and Neverwinter Nights. There's plenty of story in those D&D games, but not unlike an MMO the mechanics can drag out the story somewhat. With the KotFE expansion, however, the story moves at what I like to say "the speed of plot", disengaging from the game mechanics and instead emphasizing the story itself. That doesn't mean that the story supplants game mechanics entirely, since you still need to fight, choose your companions, and make decisions, but Bioware really decided to de-emphasize the standard MMO mechanics to tell the story the way that they felt it should be played.

I still love the original game for SWTOR, especially the class stories, but I find myself really falling in love with this expac.

Oh, and for those people who whined that "there's nothing to do" after they blow through the first six chapters or so, go chill somewhere. Yeah, I get that you want the story to keep going, but it's not like you don't have instances to run, ops to run, dailies to do, and all sorts of other things to tinker with once you've caught up to where the story is current.

Me, I'm happy that the expac turned out better than I hoped it would.

Maybe I ought to try the Dragon's Age games after all. Or Mass Effect.

What Hath I Wrought?

I'm sitting at my work laptop*, listening to the Star Wars d20 group that my oldest is DM for*, while they contemplate their latest mercenary conquest.

Yes, a gaming group of about 8-10 teenagers is overwhelming the size of our kitchen table, playing pencil and paper RPGs. They are playing as (effectively) mercs in a Star Wars campaign set in The Old Republic (SWTOR Era).

It's been a long time since I gamed in a teenage group, and hoo boy, are they boisterous.

I may a be an old fuddy duddy compared to that bunch, but I'm glad they're having a blast. 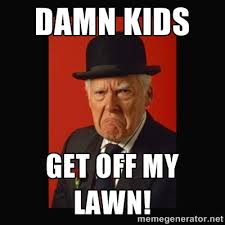 *Mainly because I died in Wildstar, and I have to wait a while to be able to rez in place. And I really really REALLY don't want to have to walk all the way back to take on Vorion the Corruptor.

This has not been a good week for geekdom.

Word has now come out that Mr. Severus Snape, Alan Rickman, has passed away from cancer at age 69.

Although I knew him first as Mr. Hans Guber, from Die Hard:

The news has spread over social media like wildfire that David Bowie passed away on Sunday.

Posted by Redbeard at 9:43 AM No comments: