I'm not the most socially savvy person in the world.

(In other news, the sun rose today.)

Being a bit older than your average MMO player, I occasionally make misinterpretations about what other players/bloggers are saying by reading things wrong.  For example, I had always read "omw" as "Oh my word" instead of "On my way".  I just chalked the prevalence of "omw" in various chat forms to politeness rather than anything else, until the other week when I mentioned to a fellow player about it while guarding the Farm.

I could almost see the implied "doofus" added on at the end.  "I thought it meant 'oh my word'," I said, about as meekly as you could type in a chat.

There was a long awkward silence that was only broken up by an incoming group from the Blacksmith. 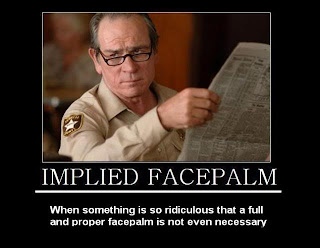 Shintar over at Going Commando wrote a blog post about two new questlines in TOR, the Seeker Droids and Macrobinoculars quests/dailies.  While her first impression when she heard about the binoculars was of Luke Skywalker scanning Tatooine in the original Star Wars, I instead thought of what Marty McFly's dad used them for in Back to the Future:  being a Peeping Tom.*

Perhaps that's just a generational difference, but it could also be that part of my childhood was spent BSW:  Before Star Wars.  After I'd seen the original movie in the theater, it wasn't until several years later that I saw it again --on television-- so the iconic image of Luke was lost on me.

I'm also not the smoothest commenter in the world.  I can't tell you the number of times that I'd written a comment on a blog post which sounded good but turned out to be absolute gibberish.  Or had grammatical errors.**  Or when I type in a comment and I realize later I'd said a bit too much, which kind of leaves everything sounding awkward.

Like the time I'd asked one of my kids' teachers how she ended up with a cell number from several states over when I knew she grew up somewhere else, and she began to explain about how complicated that was and it involved grad school and whatnot.  I opened my mouth and agreed, saying that it was the sort of story you needed to tell over coffee.  It was only hours later that I realized that it sounded like I was hitting on her, which was not what I'd intended. 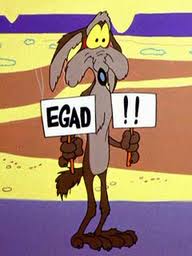 Then again, a lot of my social cluelessness dates back to my youth, when I was a geek back when geeks weren't cool.***  In those days, geeks were into science, reading SF&F, playing on Atari/Intellivision/Commodore 64/TI-99 consoles/computers, and playing D&D.  If you've ever had your parents throw out your D&D materials because they considered them to be Satanic, you know what I'm talking about.  I mean, I used to twitch every time I was playing Tunnels of Doom on the TI and my parents would come in, because I expected them to realize I was playing a form of D&D on the computer and they would take the thing away.****

And here, what do I do for fun?  Play D&D and Savage Worlds with the kids, Talisman with my wife and friends, and MMORPGs on the computer.

I'm still amazed at it all.

When I read about boss fights, raids, gear optimization, and (even) dailies, a small part of the back of my head is going "Are you kidding me?  Don't break this down into minutae; this is awesome!  We're playing a game that would have gotten you slotted for deprogramming a quarter century ago!"

I see reports from PAX, BlizzCon, and ComicCon, and still pinch myself that there's not a book/game burning in sight.*****  The gamers and geeks have emerged from the basements and proclaim their geekdom in public.

And yet I go to work and circulate among other parents, pretending that other side of me doesn't exist.  At most I can occasionally chat about comic book movies, because their popularity extends beyond Geek circles.  When I go into the office, I try to make sure the background on my laptop is a plain, unassuming gray, not the WoW or TOR backgrounds I typically use.  When surrounded by suits, the last thing you want to do is rock the boat.


I know, far too well, how negatively geeky activities are perceived in some quarters.  When someone shouted out "I love you, man!" to Ghostcrawler at BlizzCon, a part of me winced.  I remember middle school and high school, when you just kept your head down and tried not to stand out.  Even ol' Pat Robertson has recently resurfaced, talking about how there was a game called Dungeons and Dragons that led people astray.  (Newsflash to Pat, it's still around.)  If perception is indeed reality, to these people little has changed since the 80's, except that the geeks are now easier to spot in public.

In fact, if you try to get approved for telecommuting while it's known in the office that you're a gamer, you'll find it harder than you think.  After all, you do just play games all day, don't you?  Why should you get paid for that?

I suppose that all things considered, it could be worse.  I'd much rather be occasionally clueless than intentionally cruel. And while there are times it seems that there are far more of those out there in MMO space, it's still good to know that there are decent people out there too.  Even if they're a bit of a doofus, like me.


*Before you ask, no, I never did that.  I knew one kid who did and got in big trouble with his Dad for that, however.

**Which have an unfortunate habit of showing up in a comment on an author's blog, which makes you feel like you're back in grade school and you just got an F in sentence diagramming.

***Okay, they aren't cool now, either, but comparatively speaking today's nerds have it easy.  Not that you could convince my kids of that.

****They never did.  I chalked that one up to Pat Robertson not having the TI Home Computer on his list of Things Corrupting America's Youth.  But Rush and Triumph, two of my favorite bands, were; the cover of Hemispheres alone nearly cost me my cassette tape collection.

*****Unfortunately, the Westboro Baptist Church does attend.  They're better off being ignored, anyway.

Email ThisBlogThis!Share to TwitterShare to FacebookShare to Pinterest
Labels: musings